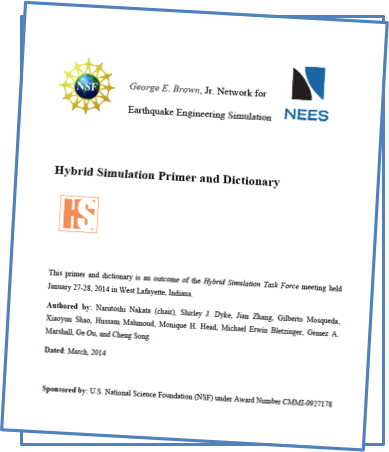 Traditional hybrid simulation is conducted at an extended time scale, typically uses higher-order computational models, and is applied when rate-dependence is not significant in the physical subsystem. Real-time hybrid simulation is needed when rate dependence plays a significant role in the dynamics of the physical subsystem, and it often uses both high-fidelity control of the actuation system and real-time execution of the computational models and associated supervisory tasks. Furthermore, geographically-distributed hybrid simulation and geographically-distributed real-time hybrid simulation have been demonstrated in isolated cases to further expand the range of possible experiments by coupling multiple laboratories.